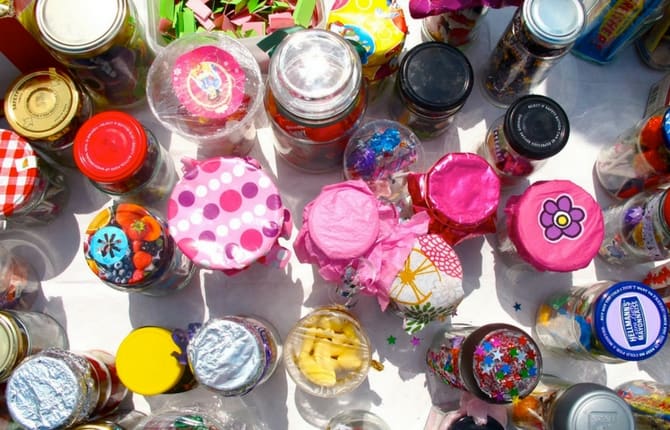 Tombola Stall or ‘Lucky Jar’ for your next fundraising event?

In some languages, the word Tombola roughly translates to ‘raffle’, so if you’re not familiar with a Tombola stall, that should give you a good indication of where we’re going with this one. However, it’s not your typical raffle where there are only one or two winners. Some would even say it’s better because, generally, every ticket wins a prize.

Tombola stalls, sometimes known as the ‘Lucky Jar’, can provide you with big profits and often for very little outlay. They can even be a drawcard for your next fundraising event (which doesn’t have to be a fete) because they can be run in conjunction with most fundraising events where you will have a crowd on hand.

But let’s start at the beginning

The idea is very simple: prizes are donated. Raffle tickets are split, with one half being stuck to a prize and the other half going into a barrel. Punters purchase their tickets (at your nominated price) which could be $1 per ticket, $2 per ticket, 3 for $5. It’s really up to you and the quality of your prizes. Their tickets are then drawn from the barrel and if they match a prize, that’s what they win.

Now I can hear you thinking “how on earth am I going to be able to source that many quality prizes?”. The answer is, you don’t have to! Not all of your prizes need to be ‘fabulous’. It definitely pays to have some big-ticket prizes, but the options to fill your Tombola stall are endless and the beauty of this is that it makes asking for donations so simple because your supporters don’t have to go to too much trouble to find something appropriate. Often families are asked to bring in filled Tombola prizes, and some schools use zip lock bags for simplicity 🙂

Here are just a few ideas:

The draw of the Tombola stall is that your winner receives their prize immediately. No pre-purchasing of tickets, no waiting around for raffles to be drawn. They just pay up and ‘bam’, there’s the prize … or not, if you want to be a little trickier about it or if you have fewer prizes. Not every ticket has to be a winner (you can have lollipops or something similar as your consolation prize) and if your tickets are priced well, your punters won’t mind if the risk is increased.  Here are some other ideas along these same lines just in case you can’t find a barrel or just want to be a little different.

Rather than just sticking to plain old tickets in a barrel, we’ve got some alternatives for you 🙂 In these ideas, the concept of matching the numbers to get your prize stays the same but means of getting your number is … a little different.