It’s two days before the Spensley Street Primary School fete, and the forecast is for rain. Convener Nanette Bold, who has been planning this fete in Clifton Hill since May, would be entitled at this point to lie face down on the floor and cry, but she is calm.

‘‘We’ve cut back the soft drink order. We’ll probably sell more hot food. We’ve had rain before, and the weather doesn’t seem to have a huge impact on crowds,’’ she says.

Over in the eastern suburbs, Sally Murchie is putting the finishing touches on the Auburn South Primary School fete, also just days away when we speak. This mother of four has been involved in the school’s fete for 12 years, running it for the past four – the last one raised $98,000. She has been working on this year’s fete since February.

‘‘I’ve taken the past two weeks off work to focus full time on the fete. I’ll be up ’til midnight every night,’’ she says cheerfully. ‘‘I never begrudge the time. It’s good fun.’’

Good fun it may be, but the school fete has become a key part of primary school budgets, with the more lucrative fetes raising huge sums. Malvern Primary, for instance, reported $115,000 profit from its last fete. The fete is an annual or biennial whirlwind in the lives of many schools, with the moving in of rides with names such as Tornado and Aqua Orb; auctions of increasingly lucrative donations – whole-body salt rub, anyone? – flash mobs and feature events. One eastern suburbs school is rumoured to have organised an aeroplane flyover for its fair late this year.

Mandy Weidmann manages the fetesandfestivals.com.au website, which, she says, gets 97,000 visits a year. She says the increasing numbers of professional women have taken the school fete upmarket. ‘‘The skill sets of parent volunteers are much more sophisticated,’’ she says. “Now you’ve got project managers and professional publicists giving their time.’’

She says having a theme, a celebrity or a car to raffle on the day works well. Her own school raffled the right to dunk their local member of parliament. Schools are also hiring ATMs to have on site for the day.

Working mums and dads might have great skills, but they also have less time. While there’s no doubt enduring friendships are forged in the coal-pits of sausage sizzles and craft stalls, there are still many parents who groan loud and long at the very thought of their school fete. They dread the seemingly endless requests in the lead-up for donations of cakes, jams, fruit, jars, help at craft-making sessions for the craft stall, or clothes sorting sessions for the clothes stall.

Donn Ferris, a father of two children at Gardenvale Primary in East Brighton, says he felt ‘‘really burnt-out’’ after his experience in helping organise the school fete a few years ago. ‘‘It was like a full-time job near the end, and I already had a full-time job,’’ he says. ‘‘And for the money we raised – just over $10,000 – I didn’t feel it was worth it.’’ He says the main problem was stirring the parent body to help. ‘‘You do find that with any fund-raiser a school has, it’s the same group of people doing all the work, over and over.’’

While fetes can be a great money maker, it is a sad irony that they are more likely to be held in the wealthier areas than in struggling outer suburbs where schools need the cash more. And when they are held in poorer areas, they raise less money. Jason McBean is assistant principal of Laurimar Primary and convener of his school’s fete. He says the Laurimar Town Fair made $26,000 profit last year, and it is usually a struggle to get enough volunteers.

‘‘This year we’ve put incentives up for teachers to recruit 15 parents to give one hour each – we’ve got a couple of $150 vouchers for the first teachers to get their 15,’’ he says. ‘‘Parents say they can’t help because there are no babysitters. And out here, this has been a really tough year financially.’’

An Australian Education Union spokesman said union research shows schools are using fete income to pay for basics such as books, equipment and teachers. ‘‘Governments should be funding these items, not parent fund-raising groups,’’ he said. ‘‘And the fact that schools in richer areas can raise much more money from school fetes than poorer ones just exacerbates existing disadvantage.’’

At Spensley Street a few days after the fair, Nanette Bold says cool, wet weather didn’t stop anyone’s fun, and the school made a healthy $80,000 profit.

At Auburn South, Sally Murchie reports that profits significantly topped those of the last fete, on a day blessed with sunshine. Her highlights were the elderly women who knitted a bag of booties for the craft stall; the teenage ex-students who returned to wander around and eat fairyfloss, and the parent-made Haunted House, ‘‘so scary it left some children in tears’’.

It was Murchie’s last school fair, with her fourth and youngest child soon to finish primary school, and she says she will greatly miss the work and camaraderie.

‘‘It’s just a wonderful community feeling that you really only get in primary school. You don’t find anything like it anywhere else.’’ 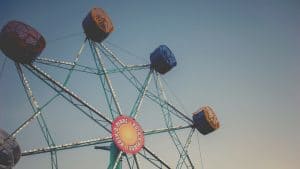 Spensley Street Primary is unusual on the school fete circuit because it opts not to have what is usually a fete’s biggest earner – rides.

The Clifton Hill school would struggle to fit large rides on its small patch of land but this year’s fete convener, Nanette Bold, says the school has never wanted them.

‘‘They wouldn’t really fit in with our school’s philosophy,’’ she says. ‘‘We keep it pretty homegrown, and we manage it so it doesn’t get any bigger.’’

Despite this, Spensley earns healthy profits from its fete.

‘‘We are raising funds, but just as important are all the other things that go along with it. It’s the community feel, the things it teaches the kids – for example, we have china plates that we wash, instead of plastic – and the fun of it.

‘‘And the kids love it! They go wild in assembly every time it gets talked about.’’

Bold says many parents volunteer to help, even though the school community has a high proportion of families with both parents working.

‘‘We’re incredibly lucky that we have a very engaged community but also a lot of professional skills and confidence,’’ she says.

‘‘I know some schools allocate tasks to particular grades, but we rely entirely on people stepping up. They might bake a cake, they might run a stall. Everything helps.’’

All schools have their thing: Auburn South Primary is big on footballers in its parent population; Spensley is strong on musicians and offers a great day of music.

Other drawcards are vintage clothes, trash and treasure and food. For the kids, it’s the pirate tip, box maze, face paint, hula hoops and KnockEmOver – throwing balls at cans with teachers faces on them.

‘‘It really is quite amazing the energy that builds,’’ says Bold. ‘‘I’ve had such a ball organising. It’s been great.’’ 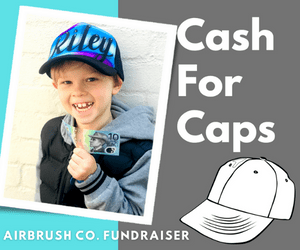