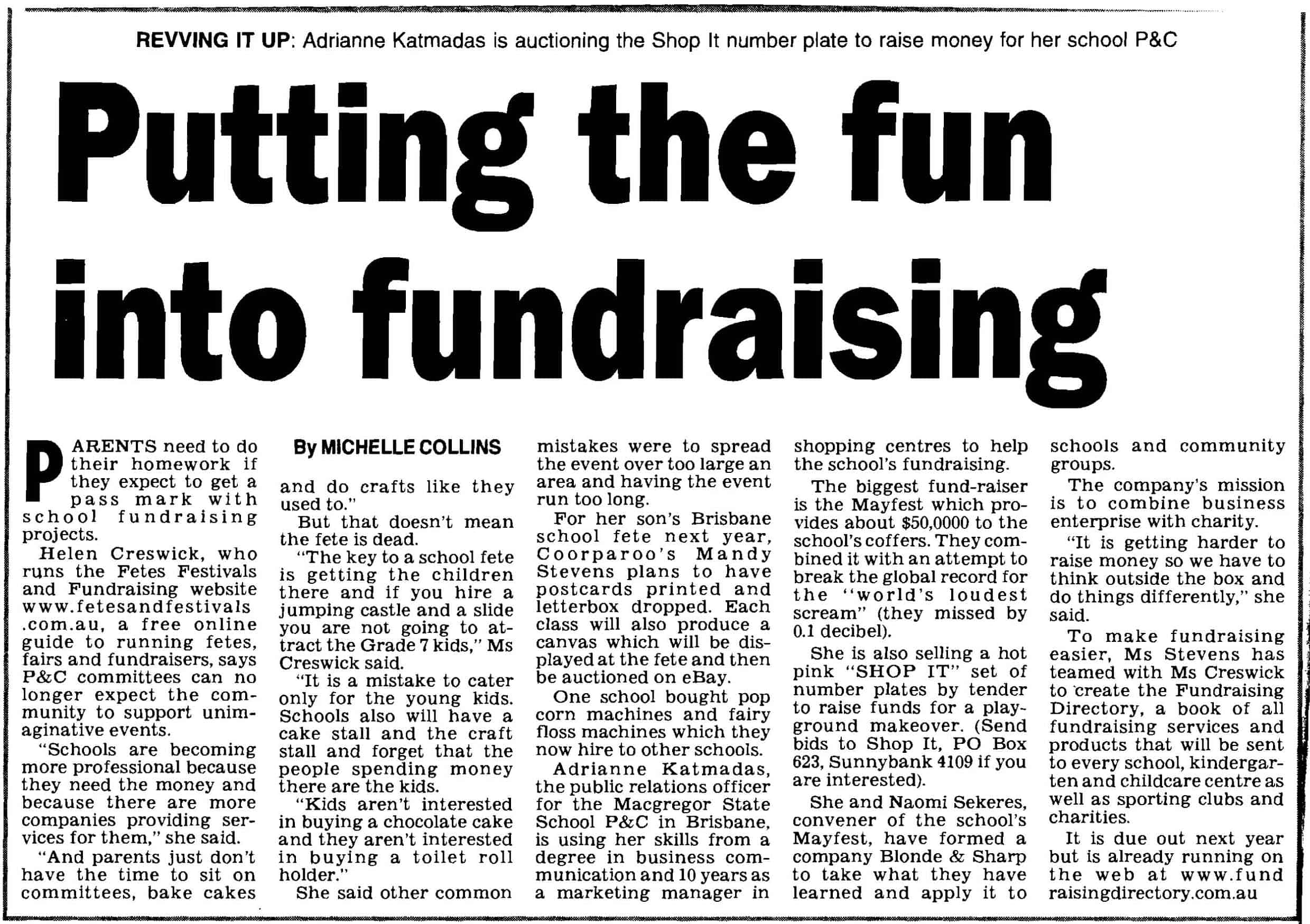 Putting the fun into fundraising

Parents need to do their homework if they expect to get a pass mark with school fundraising projects.

‘Schools are becoming more professional because they need the money and because there are more companies providing services for them”, she said.

‘And parents just don’t have the time to sit on committees, bake cakes and do crafts like they used to.’

But that doesn’t mean the fete is dead.

‘The key to a school fete is getting the children there and if you hire a jumping castle and a slide you are not going to attract the Grade 7 kids.’ Ms Creswick said.

‘It is a mistake to cater only for the young kids. Schools also will have a cake stall and the craft stall and forget that the people spending money there are the kids.

She said other common mistakes were to spread the event over too large and area and having the event run too long.

For her son’s Brisbane school fete next year, Coorparoo’s Mandy Stevens plans to have postcards printed and letterbox dropped. Each class will also produce a canvas which will be displayed at the fete and they be auction on eBay.

One school bought pop corn machines which they now hire to other schools.

To make fundraising easier, Ms Stevens has teamed with Ms Creswick to create the Fundraising Directory, a book of all fundraising services and products that will be sent to every school, kindergarten and childcare centre as well as sporting clubs and charities.

It is due out next year but is already running on the web at www.fundraisingdirectory.com.au 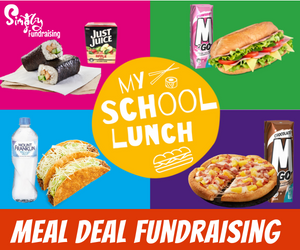