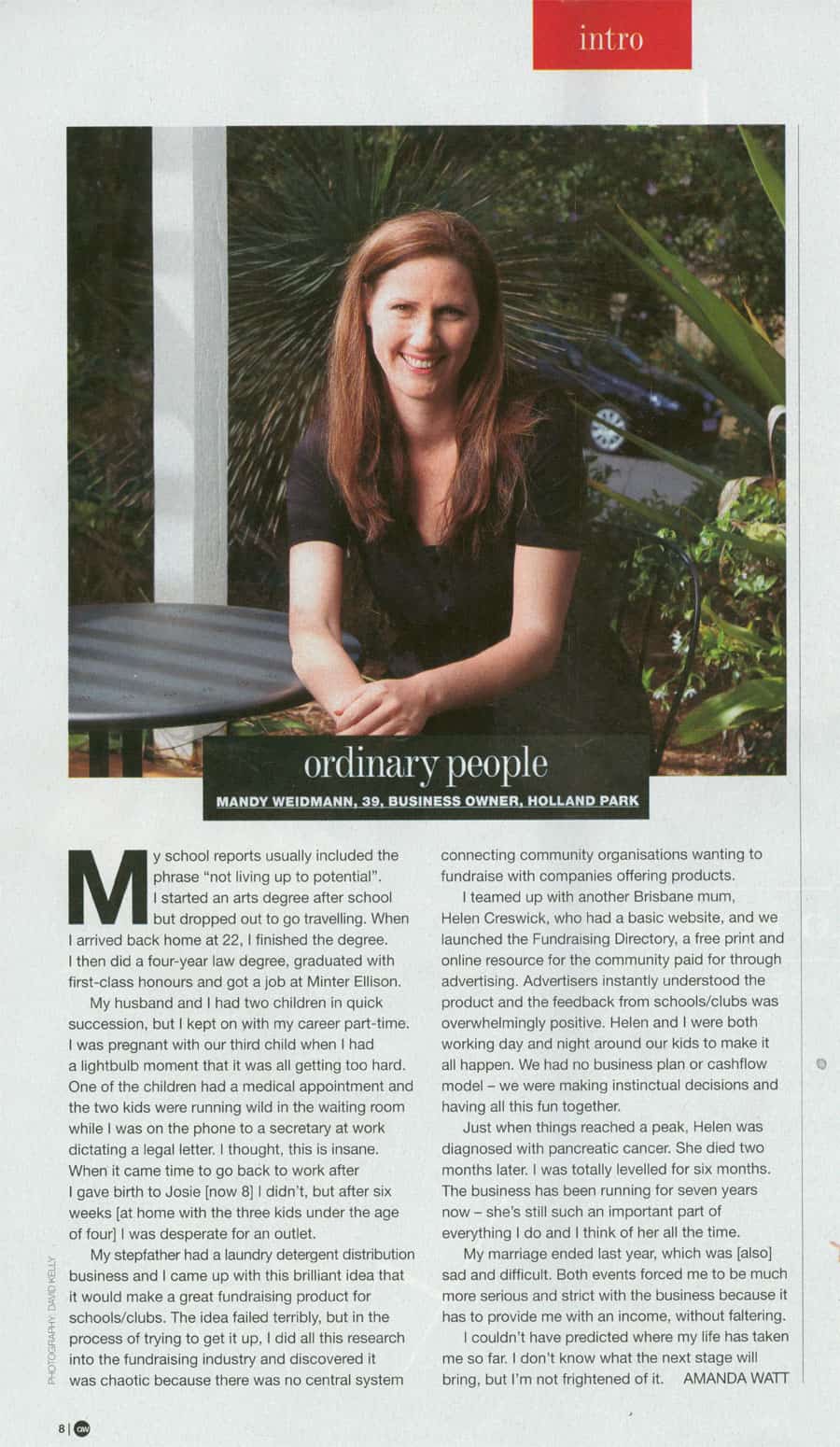 My school reports usually included the phrase ‘not living up to potential’. I started an arts degree after school but dropped out to go travelling. When I arrived back home at 22, I finished the degree. I then did a four-year law degree, graduated with first-class honours and got a job at Minter Ellison.

My husband and I had two children in quick succession, but I kept on with my career part-time. I was pregnant with our third child when I had a lightbulb moment that it was all getting too hard. One of the children had a medical appointment and the two kids were running wild in the waiting room while I was on the phone to a secretary at work dictating a legal letter. I thought, this is insane. When it came time to go back to work after I gave birth to Josie [now 8] I didn’t, but after six weeks [at home with three kids under the age of four] I was desperate for an outlet.

My stepfather had a laundry detergent distribution business and I came up with this brilliant idea that it would make a great fundraising product for schools/clubs. The idea failed terribly, but in the process of trying to get it up, I did all the research into the fundraising industry and discovered it was chaotic because there was no central system connecting community organisations wanting to fundraise, with companies offering products.

I teamed up with another Brisbane mum, Helen Creswick, who had a basic website, and we launched the Fundraising Directory, a free print and online resource for the community paid for through advertising. Advertisers instantly understood the product and the feedback form schools/clubs was overwhelmingly positive. Helen and I were both working day and night around our kids to make it all happen. We had no business plan or cashflow model – we were making instinctual decisions and having all this fun together.

Just when things reached a peak, Helen was diagnosed with pancreatic cancer. She died two months later. I was totally levelled for six months. The business has been running for seven years now – she’s still such an important part of everything I do and I think of her all the time.

My marriage ended last year, which was [also] sad and difficult. Both events forced me to be much more serious and strict with the business because it has to provide me with an income, without faltering.

I couldn’t have predicted where my life has taken me so far. I don’t know what the next stage will bring, but I’m not frightened of it.