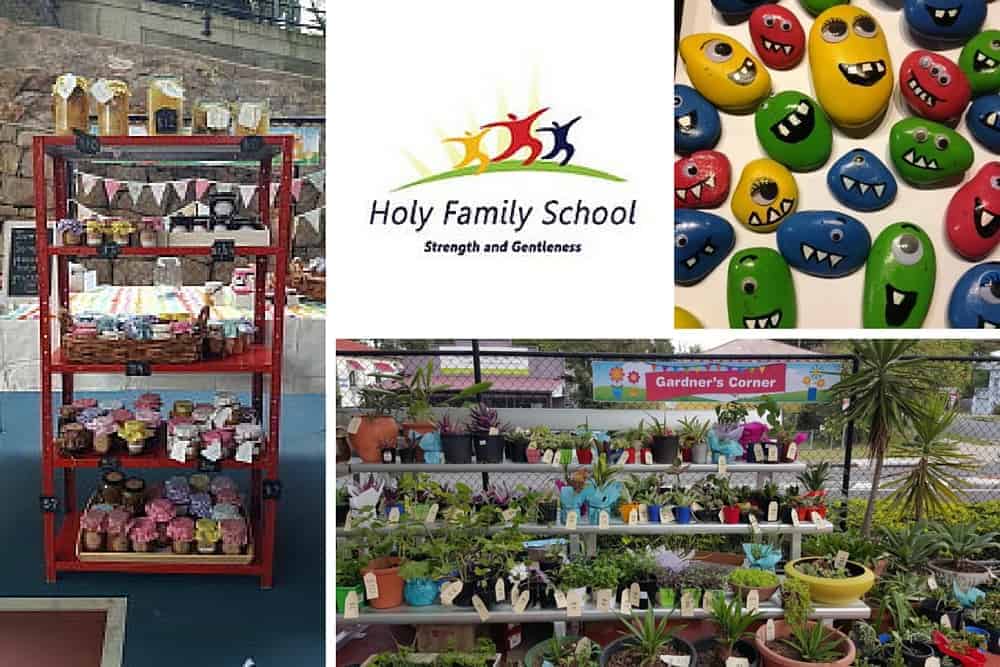 Name
Ms Rahima Lang
School
Holy Family School – Indooroopilly
Event Date
16 May 2015
How many students attend your school?
250
Approximately how many people attended your fete?
Not sure of numbers but it was busy, non-stop the whole time!

Did you have a theme?
It was a community event to promote the school
How did you set a date?
It was raised with the P&F with our social calendar. With the other fetes in the surrounding areas that was the only date that was free.
How many organising committee roles were there and what were they?
Fete Convenor & Treasurer
Occupational Health & Safety
Liasing with class parents and organising stalls for each grade
Web and facebook promotion
BBQ
MC
Rides convenor
Have you ever been involved in organising an event like this before?
No.
What unique attraction/activity did you have that set you apart from other fetes in your area?
For a tiny school we were able to hold and run a successful fete considering we don’t have the space of an oval like most schools.

How much money did you raise from sponsorship?
$10,000 monetary sponsorship.
How did you go about it?
We all constructed a sponsorship proposal and sent it out. I found that closer to the fete we were approached by a lot of companies offering sponsorship. We emailed, face to face, mail outs and conducted follow up emails. If we didn’t hear from the companies after our follow up email we didn’t pursue them further.
How does this compare to previous years?
There was a Family Fun Day in 2009 but unfortunately there were no records of this day kept for comparison
Do you have a sponsors’ tent?
No but our sponsors were able to put up there signs around the school, we advertised them in our weekly newsletters, names were also printed on the fete brochure and face book page and thanked them every hour during our fete.
Do you have any advice for others seeking sponsorship?
I found approaching sponsors face to face was received more favourably rather than doing mail outs or emailing proposals.

Did you allow outside stall holders?
Yes.
If yes, how many did you have and what were they?
Two paid, two as part of their sponsorship deal.
How much was your stall fee?
$100 parent stall and $150 for outside stall holder.
List of side show alley stalls and prices:
50c: lob-a-choc, spin the wheel and mini golf.
Most profitable stalls:
Cakes, BBQ, Plants & Trash n’ Treasure.
Stalls you wouldn’t run again:
Games/Trash and Treasure and Jams – these stalls were great but they were also time consuming for our parents.

What is the best way that you have found to get people to volunteer their time?
We used a volunteer roster website and placed all the positions there and once a week we would say what was left. With one week to go almost all jobs were filled.
Did you use an online roster?
Yes.
Do you have a thank you dinner/party for your convenors?
Yes we will have a whole school party to thank everyone who helped. In the end it was the whole school who came together to make the fete so successful.
How did you thank your volunteers?
Through our newsletter and on the day..
Advice for others trying to recruit volunteers?
We have such a great school community that volunteering is rarely an issue. We had people who volunteered on the day helping out where needed but didn’t necessarily put their name down on the website.

Describe any success you had with your publicity:
Facebook page  – a lot of people said that they heard about the fete through that and also our banners.
How did you promote your fundraiser?
☒  Fete website
☒  Social Media including Facebook. And also the local counsellor’s facebook page and website
☒  Letter box drop
☒  Flyers / Posters
☒  Local newspaper
☒  Your own organisation’s newsletter/ email
☒  Press release to radio

Did you co-ordinate bulk supplies centrally? Eg. napkins, plates, cutlery, etc…
All donated by parents of the school. The only thing we did buy were the plates for the curry so that they were all the same size and cake stall packaging.

What was your fundraising goal?
The goal of the fete was for the purpose of promoting the school within the community and wider because of this there was no fundraising goal set.
How much money did you raise?
$25,000.
What would you do differently next year?
Due to the size of our school, I would simplify the Fete greatly. Even though the fete was successful and we have a wonderful school community, I felt that we were stretched to our limits. I would probably seek more outside food vendors and stall vendors, make the stalls more manageable for example Trash and Treasure was an extreme work load in sorting, packing/unpacking etc
Is there anything you wish you had known before you started?
Not really because what may work well for one fete might not necessarily work well for another. Overall it was a great learning experience and it can only improve with each fete we hold.
What is the best advice that you can give a fete convenor?
Be super organised. Have a really good sponsorship proposal and if you can actually hand your sponsorship document in person to the businesses rather than email. Have fun being a fete convenor.

What other fundraisers do you have during the year?
School discos
Concert night
Trivia night
Mother’s and father’s day stalls 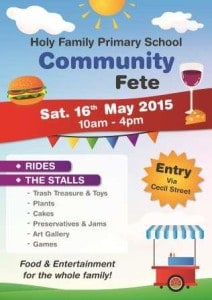 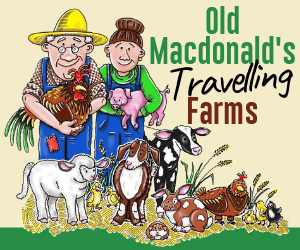