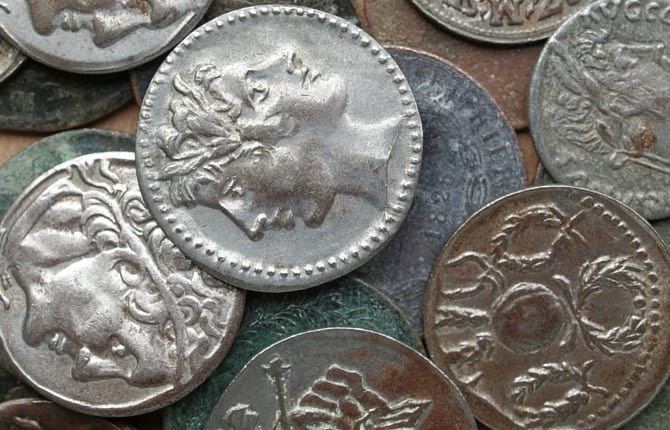 This idea was sent in by Bruce who is involved in fundraising for his tennis club – thanks Bruce!

The ‘coin slide’ (or a coin ‘toss’ if you only have a carpeted surface) is a lot of fun to do in between rounds of trivia or at a natural break in your function.  It is a handy one to include because it allows non-participants time to socialise or a chance to head for a bathroom break.

In simple terms, you place a bottle of alcohol about 4-5 metres away and mark a line behind which participants must stay.  Anyone wanting to be involved will simply slide or toss a gold coin to get as close to the bottle as possible.  They must not actually hit the bottle.

The game continues until nobody else wants to participate.

The closest gold coin in the winner and they get to take home the bottle.

Bruce says that he usually takes around $70-80 per game and has the bottle donated.  I know of larger schools who have done this that can get around double that amount.

Have several bottles to play, as a bottle of Baileys might inspire some but Jack Daniels will appeal to a whole new audience.

The coins can get confusing, but usually, the participants themselves keep a track of which is their coin.  To some extent, you just need to play it as an honour system, otherwise, you’d be marking every coin.

The downside is that a participant might land their coin close to the bottle very early on, and others give up knowing they cannot beat it.  This is a bit of a risk, but usually, everyone is in it for the fun and can try to knock out the winning coin!

If you wanted to go crazy with the game (which I personally am always up for!), you can have token prizes for the ‘silliest throw’, the ‘most unco-ordinated tosser’ and the ‘wackiest run-up’.  This is one game, though, that is fun all by itself without the embellishments, and simple to coordinate.